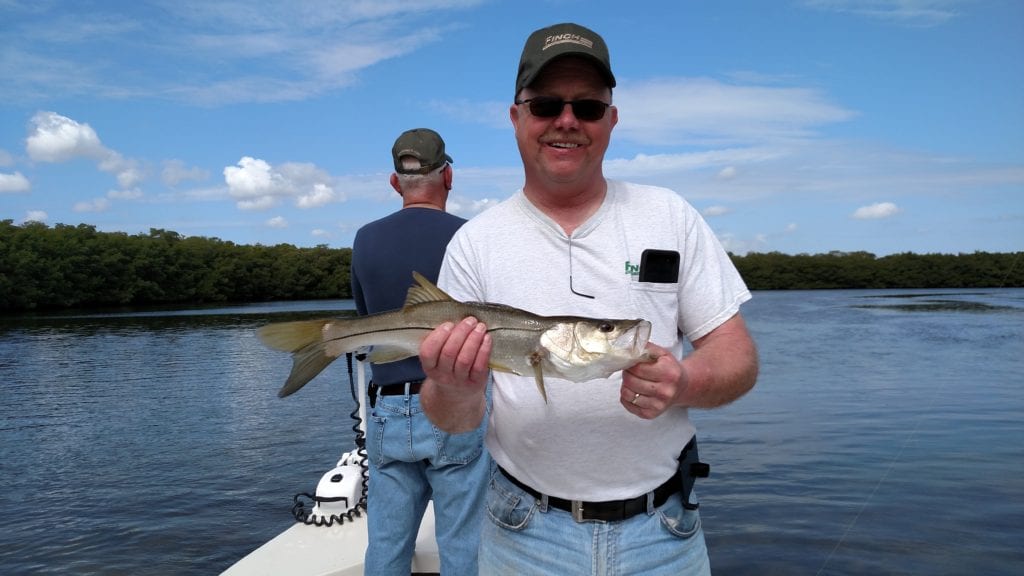 March 1st is opening day of Snook fishing season 2016. The season last until Dec. 1st 2016. The season is a short one but I have a good feeling it should be a good one this spring. We have had a cold and windy winter for Tampa Bay but not to cold to harm our population of  Snook. The pressure of fishing for them has been minimal for the last couple of months giving them a break. They will be leaving the winter haunts and moving out to feed so they can fatten up and get ready to spawn again. March should bring some prime Snook fishing.

I have already had a chance to target them with my customers the last week of February. The water temp came up into the high 60s and low 70s in some areas putting the bait on the move. It has been showing up on the markers and in the deep channels. Netting up a few baits is all it took to catch about 10 Snook on a half day charter. Mixed in with the Snook are some Trout.  They have been a good better for some dinner on the table. Redfish are also roaming our flats but I didn’t target them this past week.

Spring time fishing is getting ready to go full swing. If you want to get out and target Snook or other species in Tampa Bay dont delay to book your fishing charter.

Here are a few pictures from the past week. 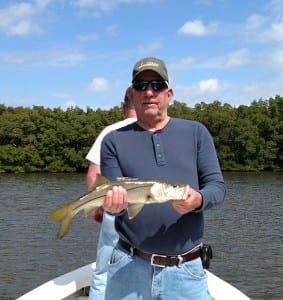 Jim with a Snook 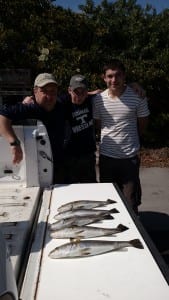 A few Trout Peter and his son’s took for dinner. 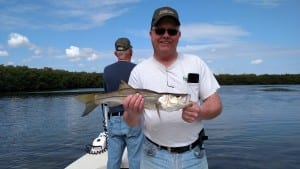 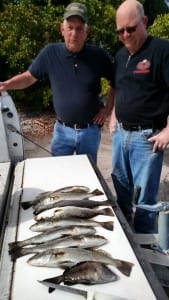 A nice limit of Sea Trout

March,April and May are 3 of the best months for fishing in Tampa Bay. Snook, Redfish,Trout, Spanish Mackerel and a variety of other species will be on the prowl feeding.