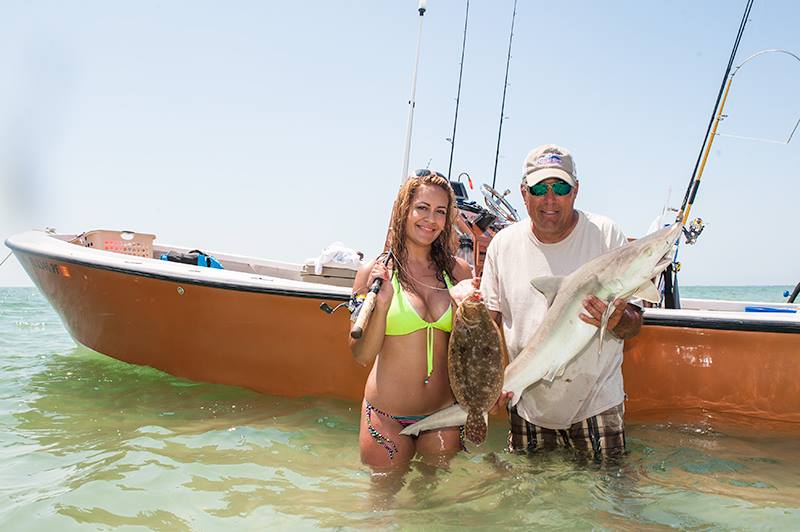 From the archives of Tampa Bay Fishing I bring you a short story from 2012.
One day I was approached by a photographer by the name of Sam Root. I had known Sam for several years and he was up and coming in the fishing industry and had made quite the name for himself as an outdoor photographer. He started out doing a lot with the Tampa Bay Fishing community. It just so happened that Sam had landed a deal with Florida Sportsman Magazine to do a calendar shoot for the 2013 edition of the Florida Sportsman calendar. He asked if I would take him and a model out to catch a few fish as he needed some more images. I eagerly agreed and we set up a date.
Enter Karla Rodriguez. Karla was the model for the day. Truth be known I was expecting some stuck up girl who sat on the boat all day fixing her hair and doing her make up. This wasn’t the case with Karla. I found Karla to be friendly and down to earth. She was eager to fish even though she didn’t have a lot of experience. From what I remember the Tampa bay fishing was a bit slow that day. We targeted sharks and we spent a lot of time getting the hook up. Once we did as you will see in the picture Karla was very surprised at the fight this shark put up on the light tackle. No this picture was not staged. That was her actual expression!
Both pictures I am posting ended up on the cutting room floor but Karla did make it to the calendar with a nice flounder she had caught. 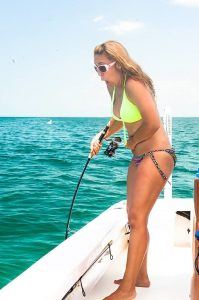 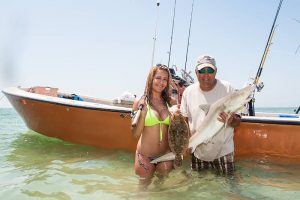