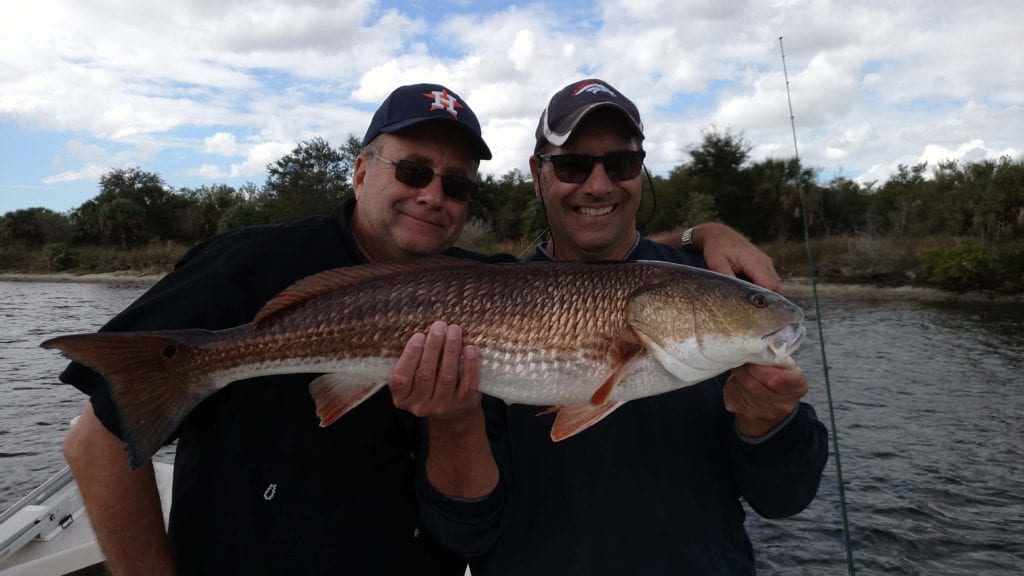 We are closing in on the end of fishing Tampa Bay in November. Its hard to believe that 2015 is almost over. Its been a great year so far with some great catches by our customers and some good times on the boat. I am looking forward to more of the same into the month of December.

Trout fishing has been great! Limits of trout in the 15 to 18 inch range have been fairly easy to get. We had our first real cold front of the year pass through the area. The colder outside temperature and also effected our water temperature. It was a drastic change but it was enough to really get the trout chewing. Some customers have been keeping limits to take with them and others have been catching and releasing them. They are a fun fish to catch on light tackle and also make for a nice dinner. 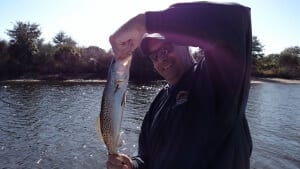 There are a lot of glass minnows in the area for the fish to feed on. The larger Jack Cravalle are chowing down on them. We get the schools of them that come through feeding and our anglers have been hooking up on them. When they do they are in for a great battle. Pound for pound Jack Cravalle are one of the hardest fighting fish in Tampa Bay. They make drag ripping runs and will test an anglers ability.

Bob pictured below on the left said ” That fish made my day!”  Adam pictured on the right said ” That is the hardest fighting fish I ever caught!” 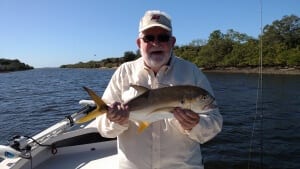 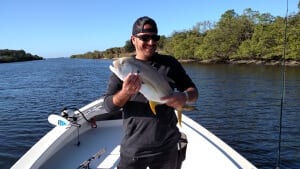 Snook fishing has remained steady even though the water temperature has dropped some. We are mostly catching Snook under the slot size. They still bend the rod and keep anglers challenged. 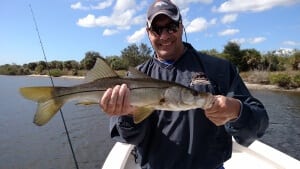 We have also been catching some Redfish. Fish under and over slot have been common. We call the larger ones the Bulldogs of Tampa Bay because of the bull dog type tug of war fight they put on. They are one of the most beautiful fish Tampa Bay has to offer. 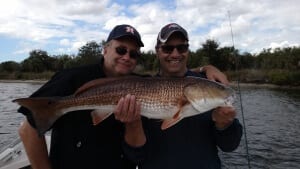 We expect December to be a productive month for Tampa Bay fishing charters. If you are planning a fishing charter we hope you will choose us to take you on your next adventure.